**I wrote this post back in May, but posting now since our fun news is finally out 🙂

We had the best time celebrating my sweet mama with brunch from Local Dish in Fort Mill, SC on her mama’s china. We had shrimp and grits, ham biscuits, fruit, iced tea, and mimosas. I got a chocolate chip cookie cake from Publix that was a kit so that I could decorate it myself, which was really cute and fun. I’m so grateful for my mama and all that she means to me – she is my very best friend, encourager, mentor, rock, and so much more. It is always such a joy to celebrate her.

We had planned the Mother’s Day brunch a few weeks prior with my dad, so what came next was a total surprise. But, on Mother’s Day morning, Luke and I took a pregnancy test. I had been pretty sure for over a week that something was up – we had even taken a pregnancy test the Friday before and I thought it was for sure negative, but Luke said he saw something “faint”…definitely not convincing. We agreed to wait 2 more days and take one Sunday, May 10th.

I woke up around 6:30am having to pee, which is completely unusual for me. I never wake up before 9am without an alarm and I never wake up to pee. I woke Luke up to tell him I was going to take the test now and so he got up and we followed all the rules together, ha! We waited 3 minutes with my heart racing like crazy every second and then went back into the bathroom and there were two pink lines, one ever so faint, but very much there. We were pregnant! OHHH MYYY GOSHHH.

I had been feeling so anxious and all over the place for days prior feeling very much like I was pregnant (I am NEVER late, I was getting pimples, etc.) , but sort of scared to take a test and also went back and forth between knowing I would be so excited if we were and also wondering if it was actually too soon!? Everytime I would come back from that circle of thoughts to knowing whatever the outcome, this is the Lord’s timing. We will trust Him.

I had been on an emotional rollercoaster for a few days, so finding out we were pregnant sort of gave me the relief in just KNOWING the answer. I had not been sleeping well, so Luke and I hugged and prayed and sort of sat there not even sure how to process, but then I fell back asleep. For 3 hours – peaceful, wonderful sleep!! Luke, on the other hand, was wired. He said he got up, took a shower, took Willow on a walk, went to Dunkin’ Donuts, etc. SO funny. I just finally felt able to rest!

When I woke up, Luke and I immediately talked about if it would be too soon to tell our parents!? If it hadn’t been Mother’s Day, it would have been a no brainer to wait a few more weeks to tell them, but we knew there would be no better time than Mother’s Day to tell our parents, especially our mamas, who both want to be grandmas so so badly. I also knew realistically, it would be so hard to keep this secret from my mama for more than few days, and ultimately, if we had miscarried, our parents would certainly be the first ones who would know and support and love us. Once we decided we were going to tell them, we had to figure out how!

A few weeks prior, I had ordered some “mom” and “dad” hats on Etsy, knowing we were trying and that hopefully, one day soon, we could use them to tell some people or maybe take an announcement photo. Thank the Lord for that timing, because they had just come in!

Around 11:00, my parents come over to eat and we had a good time. My mom even made a comment like, “I pray next year on Mother’s day that you are expecting!” or something like that!? Oh my goodness. So like my mother to know something is up before she knows something is up. I kept my mouth shut. About an hour later, we had dessert and I knew I needed to tell them, but I got so nervous! It was weird, like just nerve wrecking that this was actually happening! So, I said…”Oh, mom! I forgot I have one more gift for you and didn’t have time to wrap it… I know how much you love hats, so …” and then I handed her the “mom” hat and she was like “aww, how cute!” … but before she could get too attached (LOL…I should have actually gotten her one!!), I took it back and said “actually, this hat is for me” and I put it on and Luke put the “dad” hat on. It was sort of surreal.

My mom let out a scream and then proceeded to cry and hugged me, which made me sort of tear up. I was more emotional than I thought I would be. Then she hugged Luke, of course and my dad was just sitting in a chair in shock … I think he kept saying … “wow! awesome! that was so clever!” hahaha. It was very sweet. Mom said we made her day, her week, and her year! 🙂 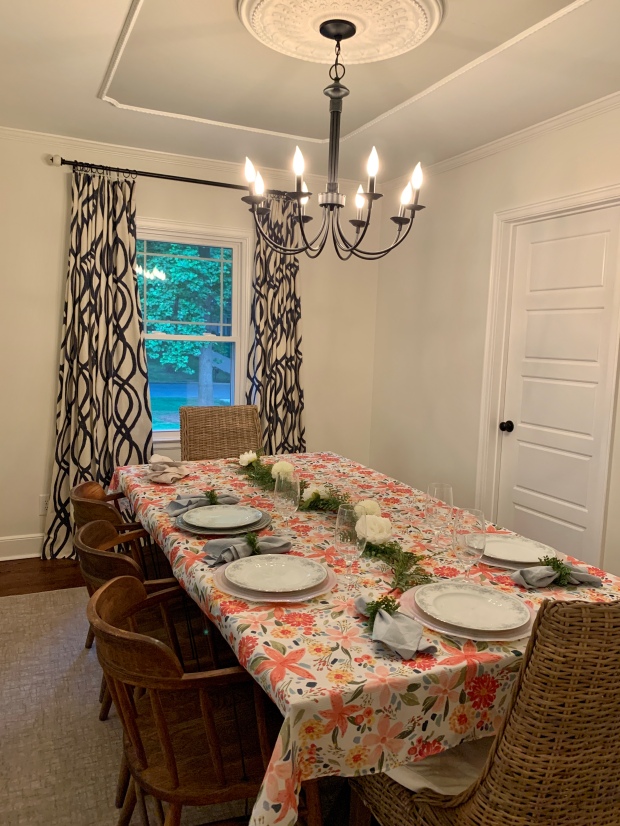 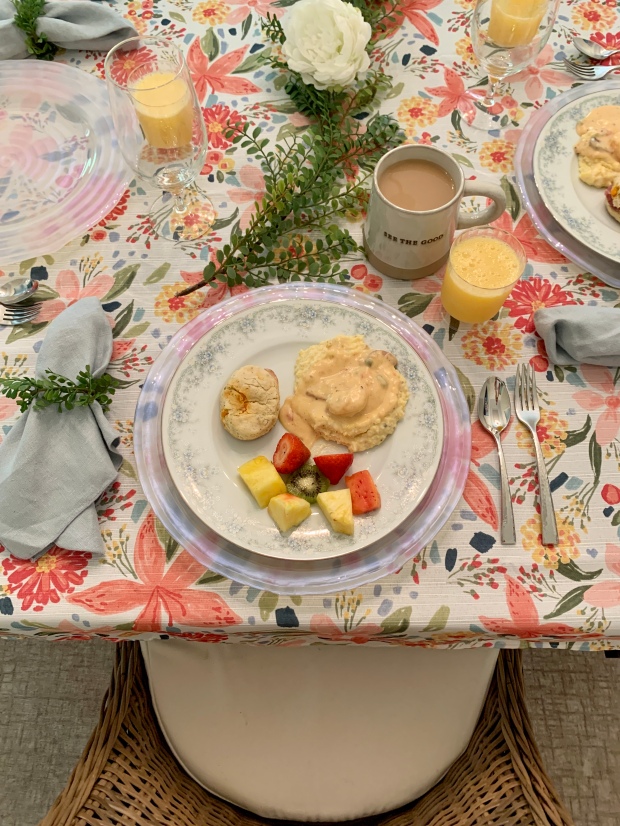 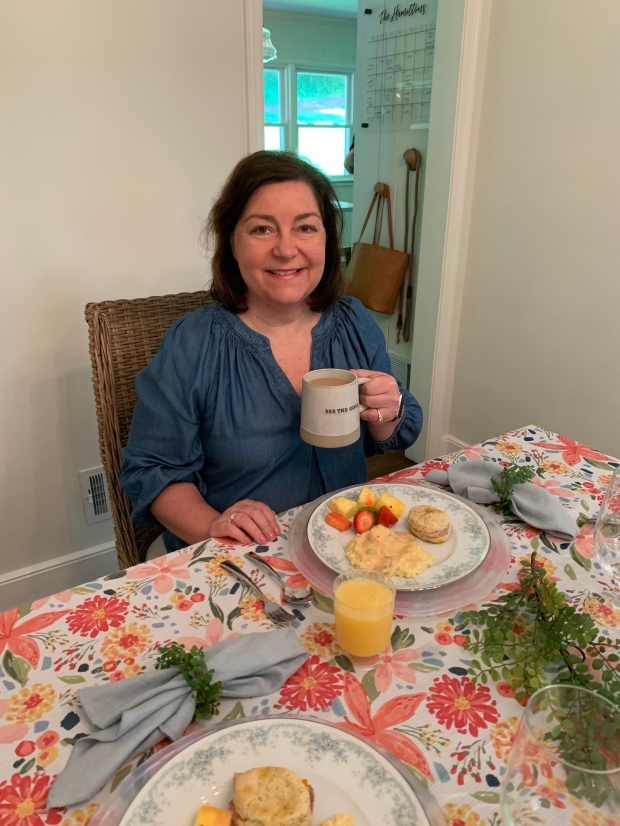 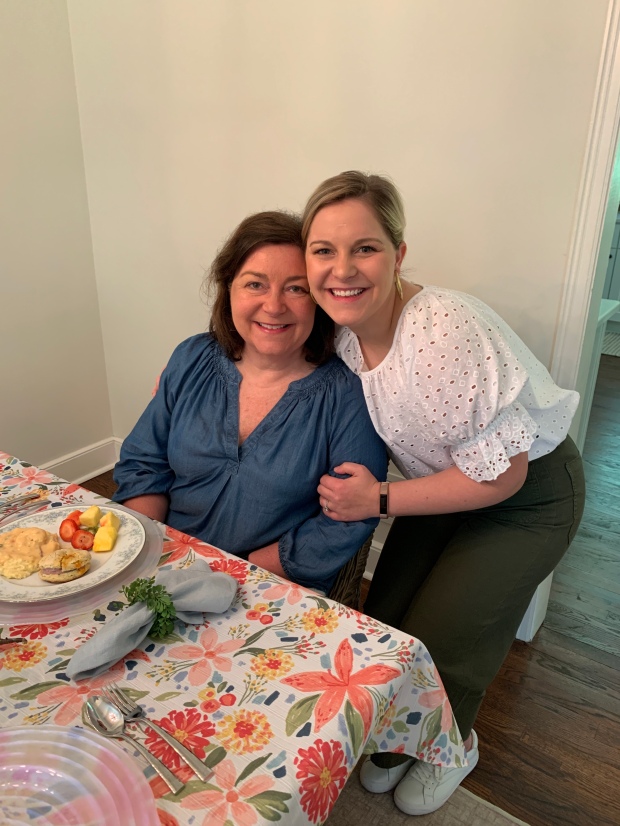 After they left, I took another nap and then took another test, digital this time…just to be sure! When I saw the word “pregnant” pop up – I don’t know why I was surprised but it still felt so surreal.

Then, we brainstormed on how to tell Luke’s parents. We had gone over to their house the night before to give Shelley her Mother’s day card and gift, so we knew it may be a little odd for us to go back the next night, but Luke called and just said we were going to be on that side of town so we would drop by to say hello again. We knew we wanted to tell his parents with Willow somehow, since they love her so much. We tried to find a “big sister” bandanna for her at the local pet stores, but had no luck! We called the Pet Supermarket and asked what bandannas they had and the lady told me “we have a camo one that says tough guy and a blue one that says wiggle butt…” Luke I laughed about this for so long. Needless to say, we had to get creative and we made one of out of a pillowcase.

We went over there after dinner and had Willow get out of the car and of course she jumped around a lot and was such a busy body, so we were just anticipating when she would be still enough for them to read her bandanna. She finally settled down and Shelley was petting her and David actually saw it first and said “Does that say what I think it says!!??” and then Shelley saw right after and her mouth hit the floor and she literally jumped up and screamed and said “Y’ALL ARE PREGNANT!?” … they proceeded to hug us each like 7 times and I have never in 11 years of knowing them seen them so excited. It was so sweet and they were over the moon. We chatted with them for a while and then headed home! We told them that the only other people who knew and who would know for a while were my parents, so that they could celebrate with them but that we would tell them once we start telling people so they could tell their friends.

I got a text from my mom just a few minutes later that as soon as we left, Shelley called my mom and David called my dad and so all four grandparents were excited together, which Luke and I could not be more thankful for. I can’t believe our baby will be just 5 miles from both sets of his or her grandparents! And the first grand baby on both sides! I always lived 2 hours away from my grandparents and so I’m so thankful that this baby will get to see their grandparents so much – something I always wished for!

May 10th was truly the sweetest Mother’s Day ever – we loved celebrating our mamas, surprising them with the best news, and trying to wrap our heads around the fact that I am about to be a mama too! 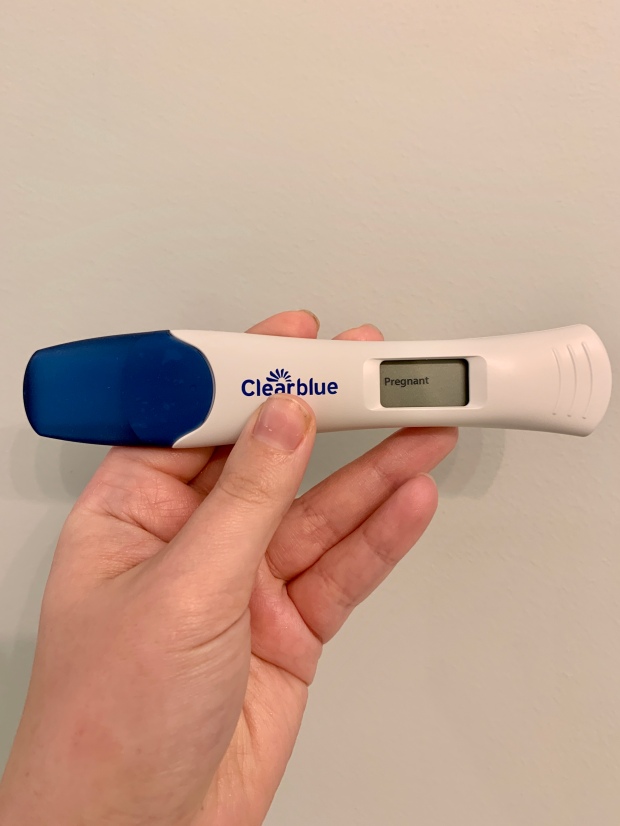 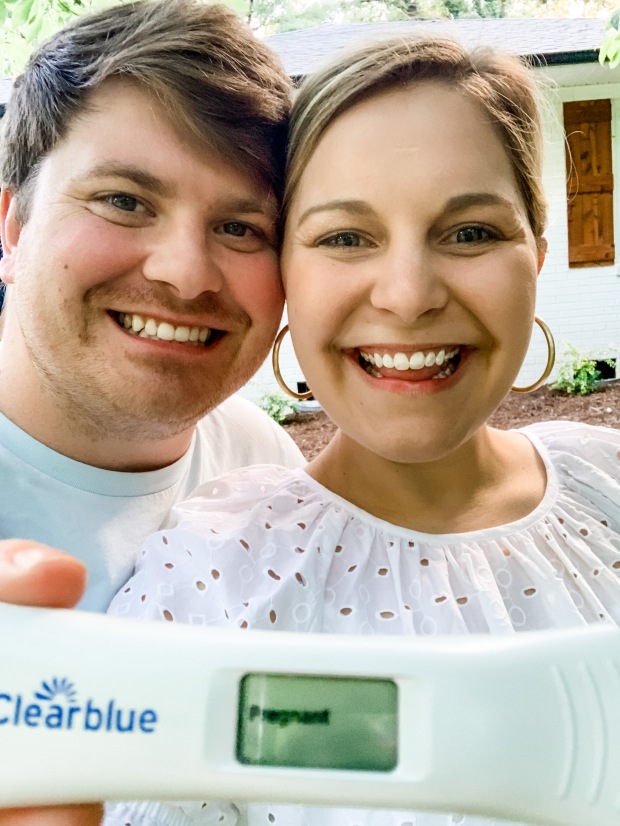